Kent is a popular area for holiday parks. As most South Easterly county, it is close to London and has good travel links. Kent has some beautiful countryside, popular resorts and small villages. Sometimes referred to as the "Garden of England" Kent is known for it's fruit and hop growing, with the latter leading to a local brewing industry which can be seen by the oast houses with their distinctive chimneys.

The holiday parks in Kent tend to be located on the coast, but this includes the north, east and south coast.

The north coast of Kent has parks that stretch from the Thames estuary through the Isle of Sheppey, through Herne Bay, Broadstairs, along to Margate. The beaches on this coast tend to be mostly shingle, apart from Margate, but a lot of the parks have swimming pools.

Should you wish to explore the area, Rochester is an interesting town with a castle that was the birthplace of Charles Dickens the author. Nearby is the historic naval dockyard at Chatham. The city of Canterbury is best known for it's stunning cathedral, but also has other interesting buildings and shops.

Margate is the largest resort that has been reinvigorated in recent years with the Turner Contemporary Art Gallery now standing in the space of the guest house, once lived in by the famous artist.

One of the most visited towns is Whitstable, known as a historic port and for it's Oysters. The town has a good selection of restaurants and regularly has events on.

The east coast of Kent has the resort of Ramsgate, the pretty town of Deal and the ferry ports of Dover and Folkestone. If you are staying in the area for a few weeks, you can easily pop across the channel for a day trip if you wish.

Other holiday parks are found on the south coast near Romney Marshes.

Click on the park name to view the details. 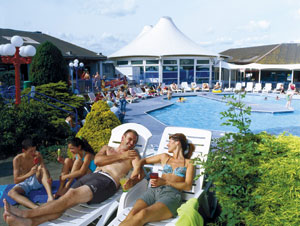